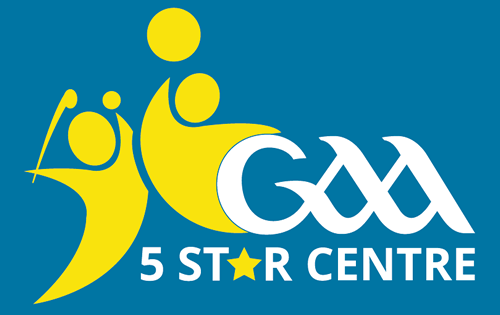 This year our school took part in the The GAA 5 star Centre initiative. This initiative aims to support and recognise primary school that provide pupils with 60 minutes of moderate to vigorous Gaelic Games activity per week in a manner that ensures the children will experience fun ,friendship ,fairness and ultimately improve their fitness. We had a G.A.A coach come to our school and took part in lots of different activities throughout the year. We really enjoyed taking part in this initiative and would love to do it again next year. We would like to thank Noel Brett for the football and hurling coach since the start of the year. We hope to get our flag before the end of the year so watch this space!!!!

A Poem about our pupil’s fantastic achievement of winning three County Finals this year. Well done to all involved and a huge thank you to our local poet Joe Tobin for writing this poem for our pupils!

Poulacapple is a little country school
In the parish of Mullinahone
It only has fifty five students
And you’re welcome there to enrol
Just recently back in November
In the annual football competitions
They achieved outstanding success indeed
When they embarked on their yearly mission.

To win County honours is an achievement
And two is even better you’ll agree
But Poulacapple weren’t happy with that
They went on to win number three
What an amazing feat by these children
They succeeded like never before
By capturing these three County titles
That brought Poulacapple to the fore.

The boys under 13s were the first of the three
They defeated Ballytarsna I’m told
The teams were locked together at half time
Now how would the second half unfold
We needn’t have worried at all my friends
With great teamwork and many fine skills
Their 2nd half heroics assured them of glory
Poulacapple were crowned County Kings.

Now on to the girls team at under 13
In weather conditions so bad
They were 2 goals down at the half time break
It looked like the end would be sad
But lo and behold they fought like tigers
And won by a point at the death
Another great scalp for Poulacapple
Surely their best victory yet.

The boys under 11s were next into battle
After winning this title last year
Could they do it again was the question
Or would Gurtagarry be the ones to cheer
In a contest of skill and determination
Poulacapple kept their foot on the pedal
And came out victorious Co champions
To ensure they all got their medals.

Now we mustn’t forget the girls under 11s
Who indeed were a very young team
They gave it their all against Bansha
But they just missed out on their dream
They got to the semi final at least
And for that they deserve a big cheer
So hold your head’s high and be happy
And perhaps you’ll be champions next year.

Great credit is due to Poulacapple school
For their football teams great success
Three County titles in twenty nineteen
Will be hard to repeat you can bet
The staff the coaches and the parents
Should rightly be praised long and loud
Now Mol an Óige agus Poulacapple Abú
I’m sure you must all feel so proud.